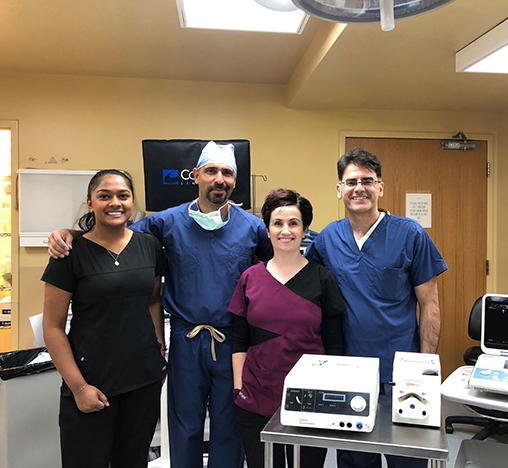 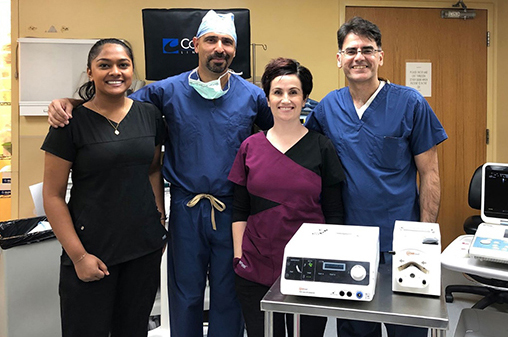 Why should one consider non-surgical alternatives?

Thyroid surgery is often recommended to patients because of the presence of a large thyroid mass/Goiter, or "cold nodule", because of bothersome symptoms (difficulty swallowing, strange feeling in the neck) caused by large, frequently readily visible nodules.

What are the possible disadvantages of thyroid surgery?

Thyroid surgery is frequently associated with transient or even enduring complications (7 to 11% when one thyroid lobe is removed, and 14 to 24% when the thyroid gland is completely removed)

If surgery is chosen, the following are unavoidable:

Given the above issues, it would appear reasonable to explore whether or not there are alternative ways to treat thyroid nodules. 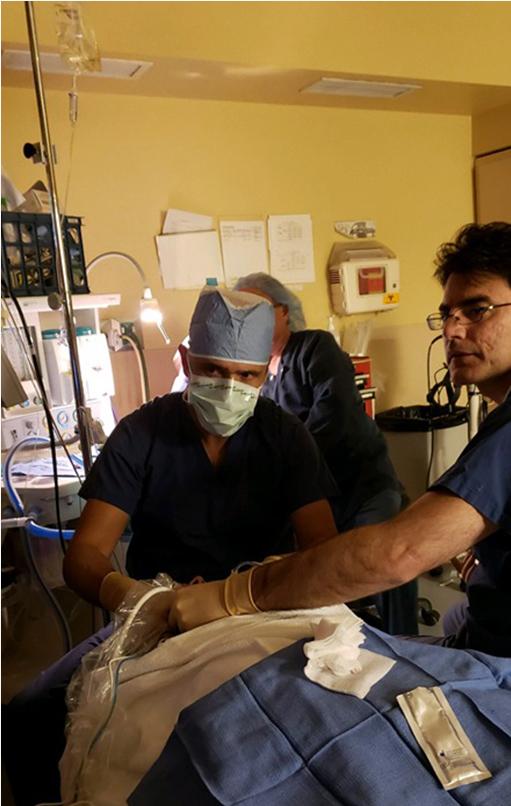 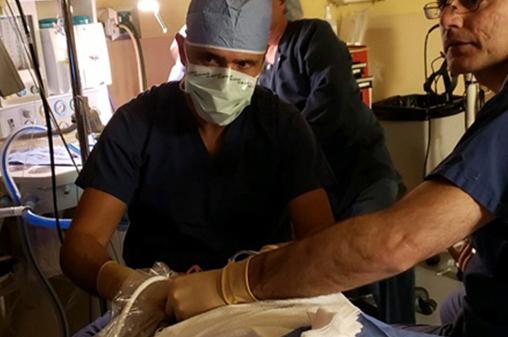 Instead of surgical removal, many nodules can be “shrunk”/ablated without surgery by a treatment using a special needle. This technique was developed in 2002 by Professor Dr. Baek, (of Seoul, South Korea) a world renowned interventional Radiologist. This procedure was first adopted for the treatment of thyroid nodules. Since then, Dr. Baek, and others have further refined the method of treatment, and many scientific papers have been published showing this RFA to be both efficacious, and safe.

Our institute is the ONLY one offering this non-surgical treatment of thyroid nodules, and Goiters in the USA at this time.

I have trained with professor Dr. Baek in South Korea, and have received a Diploma for advanced thyroid radiology pertaining to the use of this technique.

Ablation is accomplished by the dissipation of heat (produced by high-frequency radio waves) from the tip of a special water-cooled needle. Specialized white blood cells subsequently remove the dead nodule tissue in the weeks, and months following RFA, which causes the nodule to shrink considerably. Large-scale studies have shown an average reduction in nodule volume of approximately 60% after 3 months, and of 80% after one year, depending on the original nodule size and composition.

As the volume of the nodule decreases, complaints including: swallowing problems, pressure sensation, and feelings of constriction in the throat are reduced, as the visible bulge in the neck disappears.

We ask patients to allow a total of 2 hours time for the procedure, 30 to 60 minutes of which are required for the procedure itself, depending on nodule size. The treatment is performed using local anesthesia. Most patients say that the pain level is tolerable, or that they feel no pain at all. This is how radiofrequency ablation of the nodule is performed:

Here is an illustration of a transverse section of the neck and thyroid region: The "black tunnel" in the middle of the picture is the trachea with the horseshoe-shaped thyroid gland wrapped around it. The "serrated sleeve" behind it is the esophagus. The yellow lines mark the areas that are treated with a local anesthetic. The needle tip heats up a small portion of the surrounding tissue, allowing the nodule to be treated bit-by-bit.

Am I a suitable candidate for radiofrequency ablation?

There are specific set of criteria we follow to select the right candidates who would receive the most benefit from this procedure. This includes blood tests, ultrasounds, and possibly needle thyroid biopsies.

Contact us today by phone or by filling the form to get started with your thyroid care.